Don’t Confuse the Economy with the Stock Market

Following the ASX 200’s sharp rebound (+31% from the trough, now -16% from the Feb peak), the market is now fixated on stretched valuations. The conventional wisdom is that COVID-19’s damage to the economy is severe and uncertainty clouds the path to recovery: with the economy in peril, surely the stock market should follow.

Indeed, even when we look at valuations on a two-year forward basis (looking past the disruption from COVID-19), the ASX 200 trades at 17-times, 26% above its 10-year average and 4% below what it was at the recent market peak. 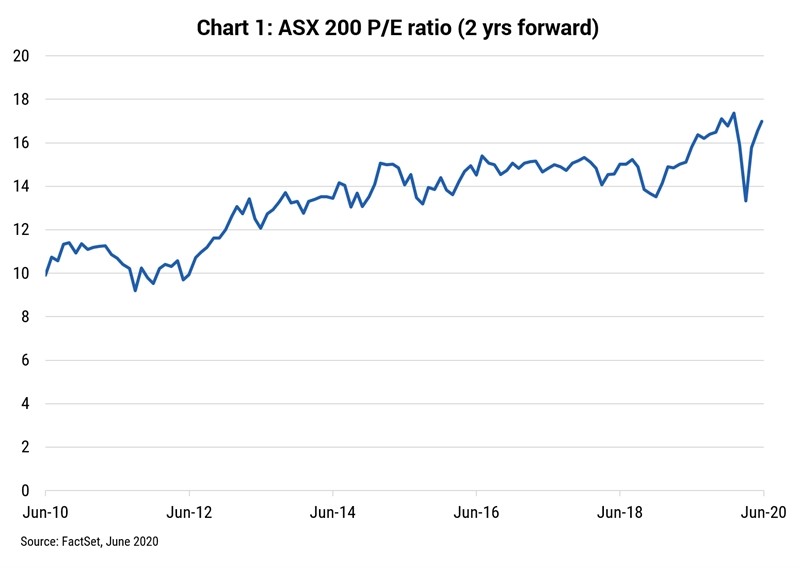 The obvious explanation is that valuations are being pushed higher by structurally lower interest rates and excess liquidity, with QE perhaps the most important factor. It has certainly drawn the attention of the RBA, which in its June minutes noted “various asset purchase programs and backstop facilities put in place by central banks… had supported investor demand for corporate securities”.

An important distinction, however, is also being forgotten: the stock market is not the economy! There are actually glaring differences between the two. As noted below, the economy and the ASX 200 diverge considerably when looking at key industries as a proportion of GDP, employment and their market cap weighting:

Another way to show the disparity is through company size: organisations with fewer than 20 employees make up 44% of the workforce, contribute 48% of profits and represent 34% of economic output. 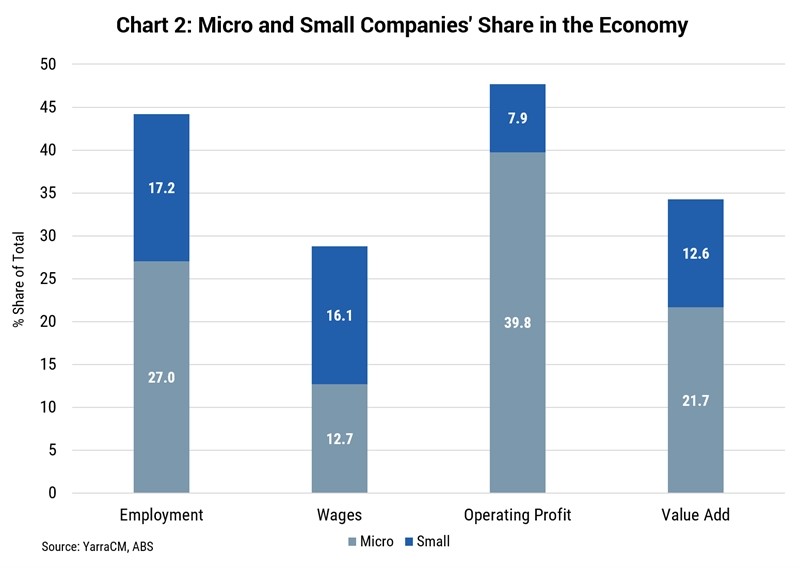 And let’s not forget that the stock market derives only 55% of its revenue directly from Australia (refer chart), with the rest repatriated from offshore sources (i.e. not exposed to the Australian economy). 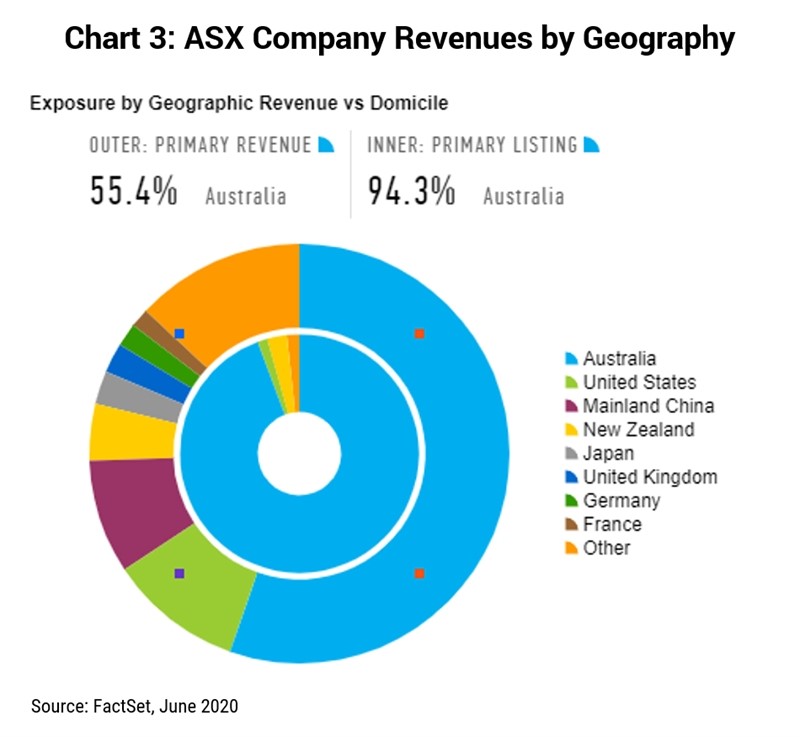 The abrupt nature of COVID-19 and the ensuing mandatory lock-downs have created liquidity and gearing issues for many businesses. Although these pressures have been broad-based, public companies typically have superior access to funding (bank relationships, access to bond markets) and capital via equity raising (as evidenced by the $20bn+ raised so far this crisis). It is another important distinction as to why the listed universe is likely to fair better on average than private companies.

So why call out these differences? Because while COVID-19 is causing severe direct harm to the broader economy through certain industries (e.g. tourism and education), those same industries have a very limited presence in the stock market. Tourism and education face a long road to recovery, unlike the retail sector (a larger proportion of the ASX) which is already on the recovery path as the economy re-opens. Australian mining – twice the size of retail in the stock market – has operated without interruption and has actually benefited from higher commodity prices (e.g. iron ore, gold). We anticipate ASX 200 mining earnings will fall just 6% in 2020, and for Industrials ex-Financials earnings to decline 15-20%.