We need immigration to ameliorate the effects of an ageing population

A common argument from proponents of high immigration is that it is required in order to mitigate the ageing of Australia’s population.

The United Nations forecasts that the ratio of workers to dependents in Australia is projected to fall significantly over coming decades as the Baby Boomer generation retires en masse (see chart below). 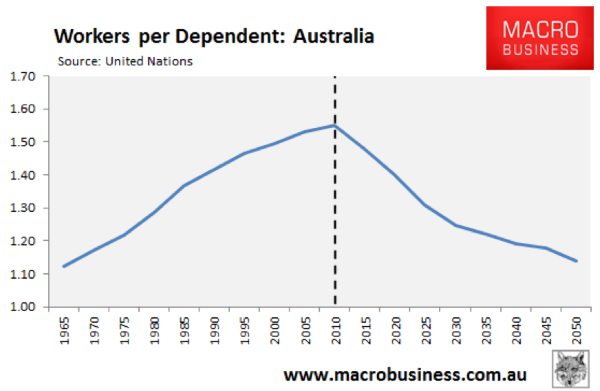 However, the argument that Australia can avoid (rather than delay) population ageing is spurious. The issue of an ageing population will need to be addressed at some point irrespective of the level of immigration. Simply importing more workers to cover the retirement of the Baby Boomers only delays the ageing problem, pushing the problem onto future generations. Further, what will be the solution in 30 years’ time when current migrants grow old, retire and need taxpayer support? More immigration and an even larger Australia?

Alan Tudge, the Minister for Cities, Urban Infrastructure and Population, believes that it is not only the total size of our economy but the per-capita income of every Australian increases over time because of immigration. It looks more likely that he is right. The modelling that attempts to show little or no per-capita income gain routinely fails to take into account important factors such as capital a migrating family might bring with them into Australia. Australia’s economy has, generally, grown when it has had immigration. We have experienced a high level of immigration since World War II, and we are vastly wealthier per capita for it. 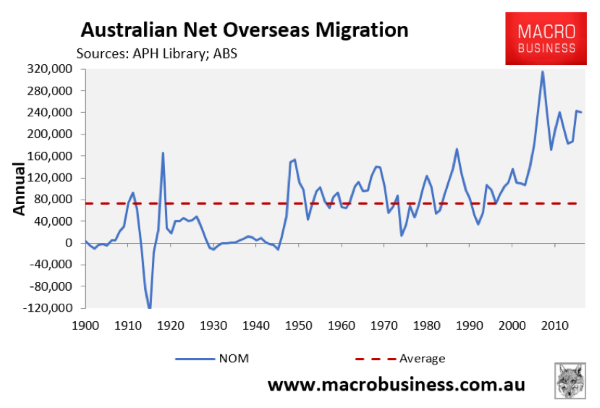 It is time to reflect: twenty years ago, in 1998, the Australian Bureau of Statistics (ABS) forecast that Australia’s population would hit between 23.5 and 26.4 million by year 2051. At the time, the ABS incorrectly assumed fertility rates would decline and, most importantly, that net overseas migration (NOM) would remain at 90,000 rather than the 240,000 currently. 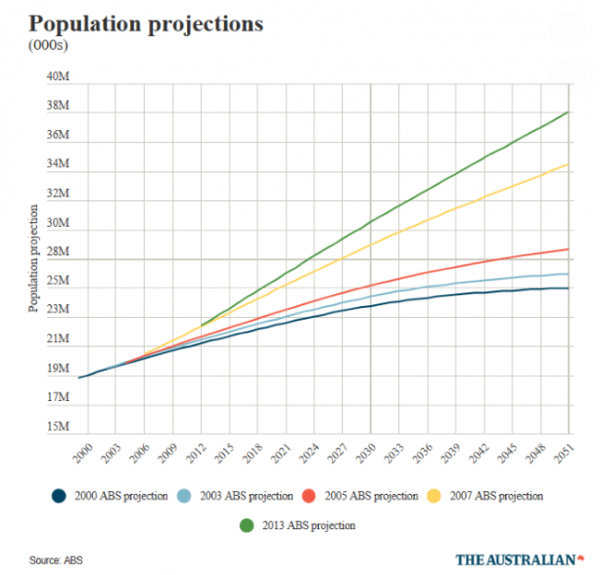 This trend has since intensified, with just 6% of migrants settling in Australia’s regions in 2017-2018, according to the Department of Home Affairs. 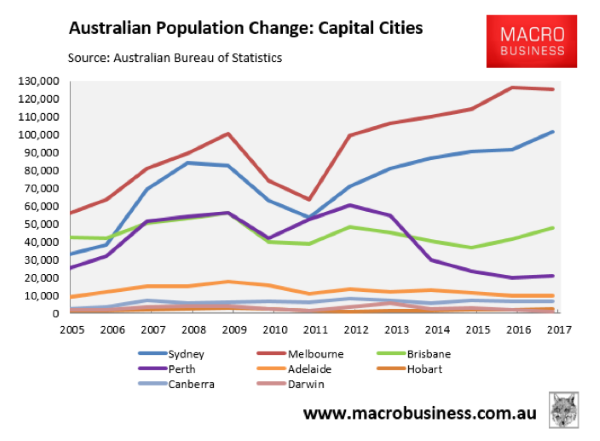 As noted recently by Mike Seccombe in the Saturday Paper:

The bureau of Infrastructure, Transport and Regional Economics estimates the “avoidable” social costs of traffic congestion in the eight Australian capital cities. They believe it totals $16.5 billion in the 2015 financial year, up from $12.8 billion in the 2010 financial year. By 2030, they forecast, the cost of congestion would rise to between $27.7 billion and $37.3 billion. That is roughly the cost of the National Disability Insurance Scheme fully implemented.

Australians living in two major cities have also been forced to live in smaller and more expensive housing, as the population deluge has not only lifted demand, but also forced greater density (eg. High-rise apartment).

Does this not all mean more jobs, more infrastructure required and even more jobs, which is ultimately good for Australians?

Does this not mean more growth and more prosperity?

And for the ageing population, does this not mean a greater population, the potential for more taxes being paid and a significant way to try to fund an aging population?

Additionally, studies in the US have found the following positive impacts to society from immigration. 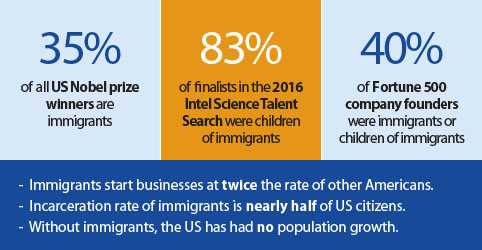