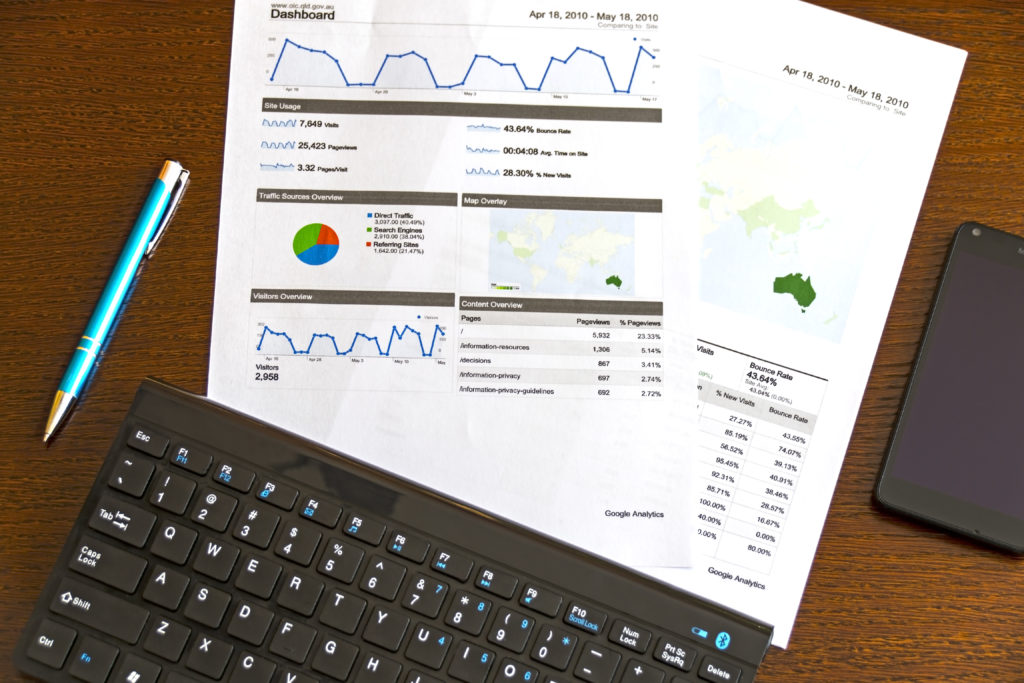 In this Research Insight we highlight the winners and losers from the August 2017 reporting season, and share insights into the key trends emerging in the Australian share market.

The winners and losers

The August reporting season saw the ASX200 Accumulation Index rise only 0.71% for the month. The first two weeks of reporting season looked dire, with underwhelming outlook statements resulting in lacklustre performance. However, the market pulled back in the final two weeks to finish marginally up at month end.

Overall reporting season was neutral… not outstanding, not disappointing. There were a number of big winners and losers throughout the month with 30% of ASX200 companies beating market earnings expectations by 5% or more whilst 28% of companies missed market expectations by the same amount. This resulted in some sharp share price moves for earnings results that differed to market expectations as highlighted by chart 1 below. 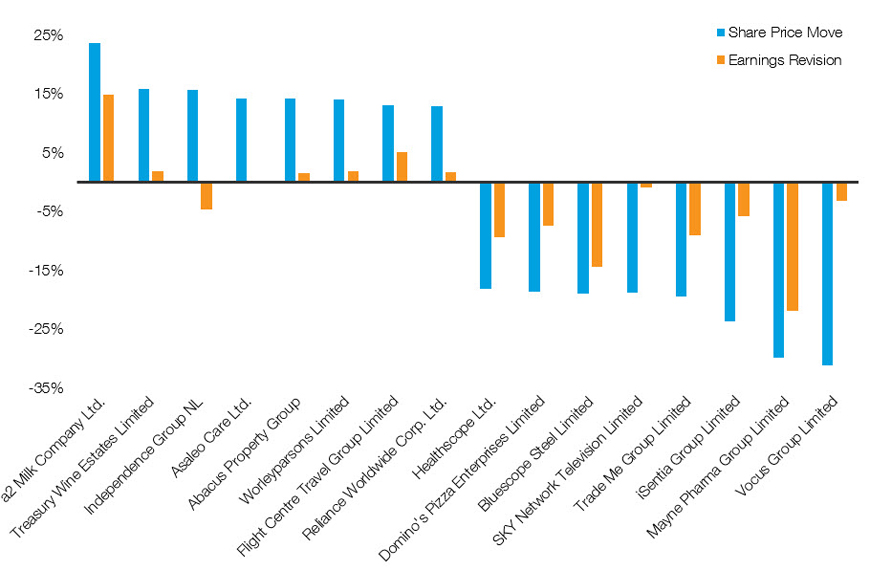 Reporting season is a great time to gain an insight into different company’s outlooks for the year ahead. Below we highlight the three big key themes emerging from August reporting season:

The return of CAPEX

Since the Global Financial Crisis (GFC), increasingly Australian companies have been focused on efficiency, costs and returning capital to shareholders. However, this reporting season saw a shift in company attitudes back towards investing for future growth with a 5.8% (ex-financials)2 increase in CAPEX expectations for the year ahead.

For example, both AGL Energy (AGL) and AMP Limited stopped buybacks to focus on capital-intensive growth opportunities. Despite minimal changes to earnings both company’s share prices fell following the announcement.

Rising gas and electricity costs are causing major headaches for Australian companies. The list of companies that referenced higher power prices in the results briefings was too long to count! Most heavily impacted were the energy retailers and manufacturers.

Both AGL and Origin Energy have been facing increased government scrutiny over power prices as political pressure mounts to find a solution. Meanwhile, many companies are deliberating the impact of power prices causing inflation through the supply chain. This is clearly a key concern for many companies and something we are watching closely.

Many companies, especially those facing threats from global giants highlighted the need to re-invest. Seek, Domain and Realestate.com.au were a few examples that plan to reinvest, meaning lower earnings in the near term.

JB Hi-Fi and Super Retail highlighted their plans to address the global giant Amazon coming to Australia. JB Hi-Fi communicated its plan to reinvest any synergies benefits into better online logistics. Super Retail announced the restructuring of their sports division to maximise profits. Reinvestment of these profits will help combat the Amazon threat.

Overall, it was a volatile reporting season where we saw some big winners and losers emerging during the month.