Negative Gearing and the Mum and Dad investors 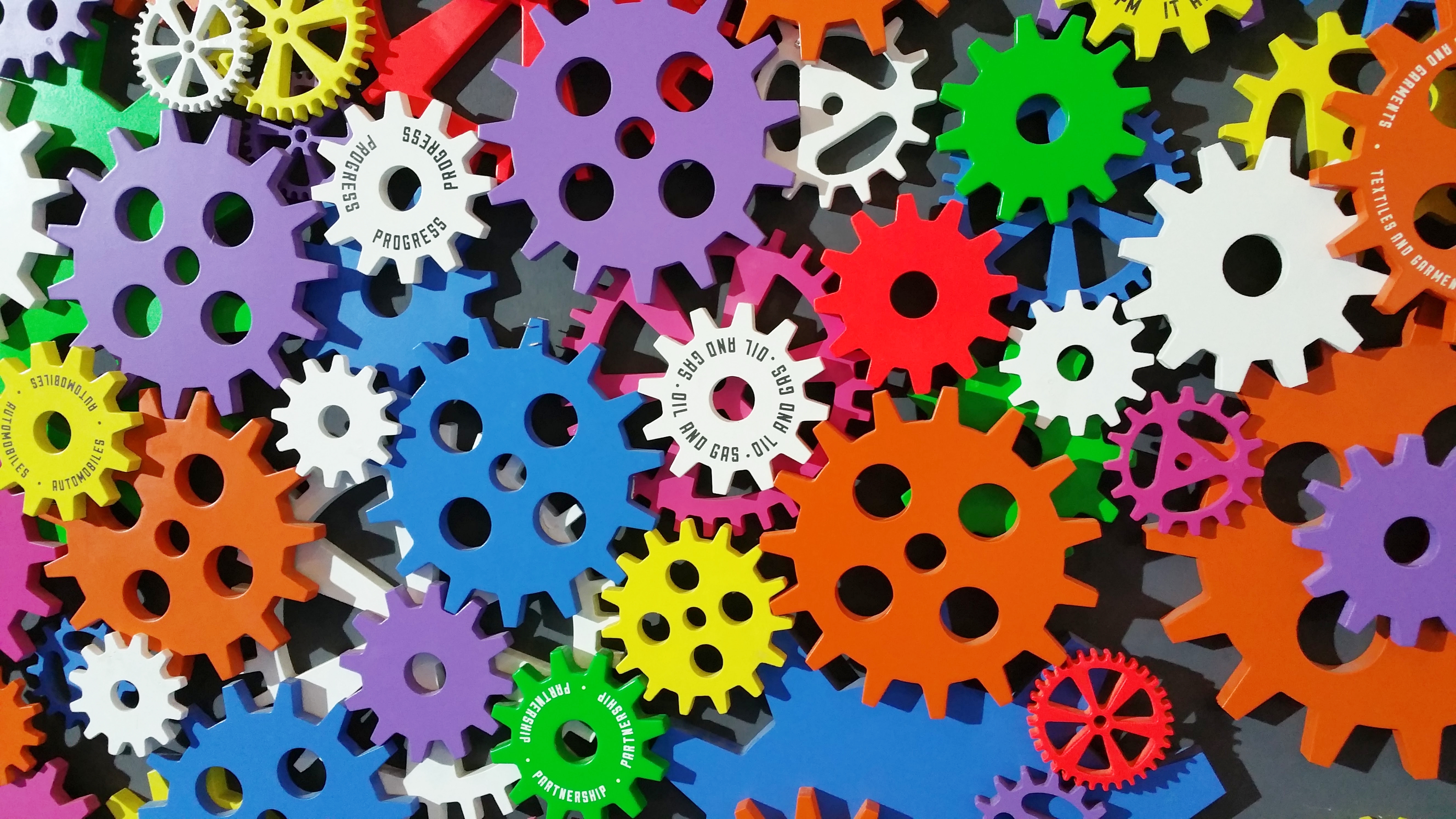 Much has been posted about the typical Australian property investor, especially their salary. According to the ATO, 67% of investors claiming rental interest deductions take home under $80,000 per year. 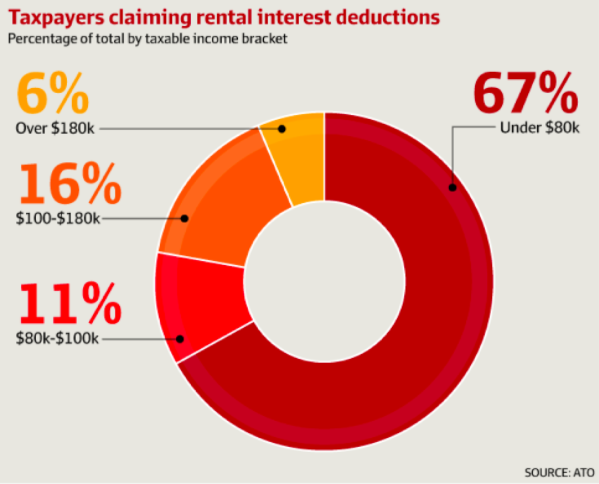 At least as far back as 2014, the data has been pulled apart and commentators have asserted that the data is flawed. Their argument is that the taxable income quoted by the ATO is calculated after deductions, so some of the quoted 67% are actually on incomes higher than that. As it happens, they’re entirely correct. The problem is their assumption that there are copious amounts of negatively geared property barons with super portfolios dragging their million dollar salaries back under $80k. I’m prone to hyperbole, but the way the ATO stats have been blown to smithereens, one would assume this must be close to their view in order to dismiss the data outright.

Let’s look at what we know

Negative gearing is utilised by about 1.2 million of Australia’s 2 million property investors;

On the basis of the stats showing that most property investors are not sitting on multiple property portfolios, it seems a bit ambitious to discount the 67% figure outright. As a consultant dealing with property investors on a daily basis, I can tell you first hand that the overwhelming majority of them are average wage earners. According to the ATO taxation statistics 2011-2012, of those with after-deduction incomes of less than $80k we get the following vocations;

Of course, the Property Council has its agenda, and among the professions utilising negative gearing, you’ll see there are plenty of surgeons, lawyers, investment managers and other typically high-income wage earners. Should we be surprised? Given that the personal income tax rates ratchet up as your salary increases, there’s a greater incentive to minimise your taxable income. The higher your salary, the greater the benefit you’ll get from reducing your taxable income through depreciation and interest deductions etc. People might say that this proves that the tax system is skewed towards the wealthy but in this instance, it only works this way because of the penalty of earning a higher income to start with.

Negative gearing is not a new policy, in fact, it’s not far from being a century old. It’s also been abolished before by the Hawk government between 1985 & 1987. What was the net result? Surely that will tell us whether it is a good idea today or not? Well, my view is that it almost doesn’t matter. The difference in the economic landscape of the time makes it only slightly better than a current day economic model. As a policy decision, it certainly hasn’t stood the test of time as an earth shifting structural tax reform that catapulted us towards the new millennium with stuffed pockets.

What is fairly clear is that with 30% of all residential property being rental stock, any changes to negative gearing will likely result in a decrease in property prices. Potentially good news for first homebuyers, but if they contribute to a super fund with exposure to property or will be the beneficiary of property based inheritance, the good news may come with a sour taste.

Regardless of my bias or vested interest as a property investment advocate, one frustratingly absent consideration from the debate is the fact that self-funded retirees are good news for Australia. With an ageing population, the growing $34 billion dollar spend each year on taxpayer-funded pensions is forecasted to increase to $85.4 billion dollars by 2035/2036. That figure even includes the increase in the pension eligibility age to 70 by 2035. Pretty solid expenditure given we’re far less generous to the elderly than we probably should be.

Depending on whom you speak to, negative gearing was introduced originally to either stimulate the construction sector or encourage private citizens to add to the rental pool. In essence, it appears to do both. Let’s not forget that the governments share of rental stock (housing commission/public housing) has been steadily declining over the last 30 years. Governments cannot afford to fund social housing yet acknowledge social housing as a key concern. Creating a disincentive to invest in property is only going to exacerbate the problem of a social housing shortage.

Negative gearing has become the scapegoat for housing affordability, especially since Sydney and Melbourne property appreciation hit double percentage figures. Curiously negative gearing can take credit for that, but not for the flat-line results in the six years preceding the boom. If we want to have a serious discussion about affordability, it needs to start with supply, not negative gearing.

In closing, it’s easy to look at the cost of negative gearing, but it’s a little more difficult to put a price on the advantages. Certainly, any rash change to a policy so embedded into the Australian property market is going to have detrimental effects. For example, if negative gearing changes negatively affected transaction volumes, the revenue from stamp duty would fall. A disincentive to invest in property would affect land tax, pensions, development fees and more. If we’re looking for budget savings, it seems far more prudent to look at the tax evasion techniques of the multi-nationals. With so much of our wealth tied up in property, it’s time to stop using negative gearing as a political tennis ball.