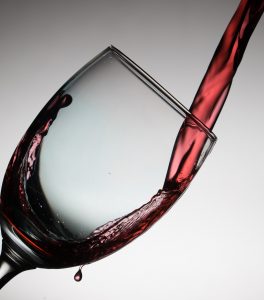 Faults. We all have ’em.

(If you still haven’t identified yours, partners can be an enthusiastic source of intel.) Sometimes our faults are mere foibles – the endearing eccentricities that make us, us. Like the inability to sing in tune, or to distinguish between Hemsworths. Others are less lovable, and some are downright disturbing, like knowing all the words of Austen Tayshus’ 1983 single, Australiana. And reciting them.

Australian wineries are among the most advanced in the world, our winemakers highly trained and skillful. But even monkeys fall out of trees. And sometimes, despite best efforts, things can go pear-shaped…

One of the world’s most common wine faults is also its most misunderstood. Regular readers will have heard this before, but it’s worth repeating: ‘corked’ wine has nothing whatsoever to do with crumbling corks (that’s an altogether different problem). Cork taint is the ‘off’ character that develops in wines when a cork is contaminated with the chemical compound TCA (2,4,6-trichloroanisole for the nerds).

The problem for winemakers is that TCA is completely undetectable until the cork has been in contact with the wine for a period of time – so there’s not a damned thing that they can do about it. At low levels, cork taint merely dulls a wine’s aromas and flavours, but at higher levels, TCA brings the full mouldy cardboard/rainy day dog experience to the table. At best, disappointing; at worst, revolting. Vive la screw cap!

That time you opened a bottle of red, then forgot about it and went back for another glass the following week… the thing that made it smell like old sherry, and turn orangey-brown in colour, was oxidation – the result of wine being exposed to too much oxygen. The term ‘too much’ is quite deliberate: like many ‘faults’, a little exposure can be beneficial (for example, we aerate big brash reds to soften them). But a lot of exposure – or any at all for delicate white wines like Riesling – can be catastrophic.

The first stage of oxidation is a dulling of aromas and flavours, then as exposure continues, colour changes noticeably (reds lose their purple vibrancy; whites develop a brownish hue), fruit flavours flatten, and nutty, appley flavours emerge. Finally, when acetaldehyde converts to acetic acid, you’ll find yourself the proud owner of a high-falutin’ bottle of vinegar.

It’s a big night. You proudly open a bottle of your favourite wine to impress the soon-to-be in-laws. As the oohs turn to eeuuwws, red-faced, you banish the dog to the laundry. To your horror, the sulphurous, farty smell persists. Turns out, the pug was innocent. (There’s a first time for everything.)

Wine has a complex relationship with sulphur. Sulphur dioxide is commonly used as a preservative, but the rotten egg gas/eau de pug aroma is caused by hydrogen sulphide – which is naturally excreted into fermenting juices by yeast under stress. (Yeast gets stressed when nitrogen levels are low – which is not uncommon in Australian juice).

To save the day, you distract everyone with your funniest pug story (boy, are you going to pay…), whip out the decanter, and swiftly aerate the offending wine. Reductive aromas are easily neutralised by the addition of oxygen. If only it was always that simple.

If that delicious looking glass of wine smells a bit like salad dressing, or – even more disconcertingly – nail polish remover, you’re staring into the abyss of Volatile Acidity. Very simply, VA is a measure of a wine’s gaseous (volatile) acids. Two compounds are responsible for VA: Acetic Acid – that’s your balsamic vinegar smell – and Ethyl Acetate, which gives a whiff of nail polish remover or paint thinner.

Clever winemakers manipulate VA to add complexity or high-toned notes to a wine (Max Schubert famously flirted with VA when creating Grange); but high levels are definitely a fault. Botrytised wines, such as Sauternes, and wines made from dried grapes, such as Amarone, are more likely to show high levels of VA, but their robust flavours make them able to withstand the effect.

Brett (full name: Brettanomyces), is an odoriferous wild yeast that lives naturally on the skins of fruit. It can easily (inadvertently) be incorporated into the winemaking process, and when it does, asserts itself with a classically rustic pong. Brett is a real polariser of opinion. Long associated with Old World wines – particularly those of France’s Southern Rhône Valley, Brett certainly has its fans. Others decry it as a fault, associated with poorly cleaned winery equipment. Devotees describe the Brett character as funky, gamey, bacony, and smoky; detractors cite band-aids, leather saddles, sweaty socks and rancid cheese.