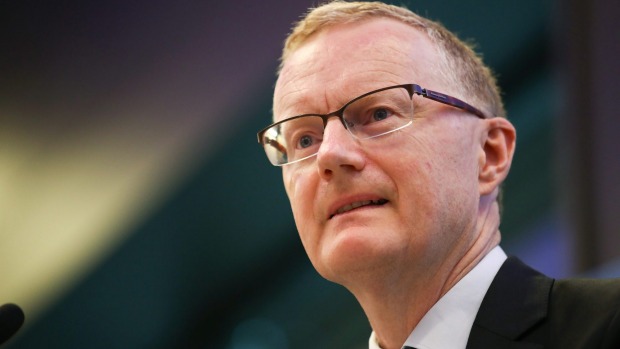 Philip Lowe, governor of the Reserve Bank of Australia, on Wednesday: bitcoin is a “speculative mania”. Brendon Thorne

The corporate regulator has backed Reserve Bank governor Philip Lowe’s warning that the fascination with bitcoin was a “speculative mania”.

The Australian Securities and Investments Commission urged investors not to get “swept up” by hype as the price of the cryptocurrency surged and cautioned against buying something they didn’t understand.

Bitcoin was trading at around $US16,500 on Wednesday – up from $US1000 at the start of the year and has doubled over the past month, driven by a speculative frenzy on a global scale.

Dr Lowe said it was unlikely bitcoin would ever become a mainstream method for making payments although it would remain attractive to criminals. 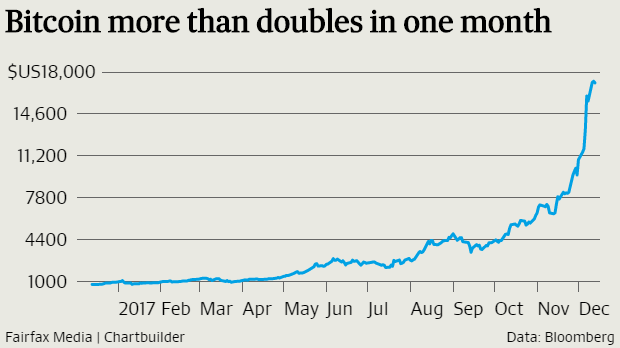 The longer the gap between present prices and future prices in the bitcoin market goes unexploited, “the more it suggests there are costs and risks the bulls may be missing.”

“When thought of purely as a payment instrument, it seems more likely to be attractive to those who want to make transactions in the black or illegal economy, rather than everyday transactions,” Dr Lowe told the Australian Payment Summit in Sydney.

“So the current fascination with these currencies feels more like a speculative mania than it has to do with their use as an efficient and convenient form of electronic payment.”

“I would definitely caution investors against getting swept up in something getting a lot of attention and hype at the moment,” Mr Saadat said.

“Although recent growth in the value of bitcoin might look like something people want to be part of, there is a lot of uncertainty. It is not clear where these kinds of technologies could go.

ASIC’s Michael Saadat: investors should “not invest in something you don’t understand”. Supplied

“The protections for consumers are not clear. We would urge consumers to think very carefully about investing their hard earned money in [bitcoin].”

The comments come as financial advisers report more self managed superannuation funds are seeking exposure to bitcoin. Bitcoin can be seen as both a digital currency for transacting, and a commodity akin to digital gold.

Dr Lowe said bitcoin was unlikely to be adopted for mainstream payments for a range of reasons, including its price being “very volatile, the number of payments that can currently be handled is very low, there are governance problems, the transaction cost involved in making a payment with bitcoin is very high, and the estimates of the electricity used in the process of mining the coins are staggering”.

As bitcoin futures contracts launched this week in the US, regulators in other jurisdictions have also been warning investors about potential pitfalls.

Other seasoned investors have expressed caution about the security of bitcoins, and the potential for them to be stolen by hackers.

Mr Saadat said investors should “not invest in something you don’t understand”.

“Clearly, many consumers who are hearing more and more about bitcoin will be struggling to understand the underpinnings of what they are investing in, because these are complex technologies.

“An environment where you don’t understand what you are getting into is an environment that comes with a lot of risk.”

The bitcoin phenomenon reminds fund managers of the dotcom bubble, because its latest iteration appears entirely driven by speculative behaviour, deviating from the cryptocurrency’s counter-cultural origins.

Forager Funds Management chief investment officer Steve Johnson said: “It’s mostly FOMO now, that is what creates a bubble,” (FOMO being the acronym for fear of missing out).

“The reasons people are buying it are the same reasons it can grow to the most gargantuan bubble of all time, this self-feeding momentum of ‘I want to own it’,” acting on the fact that other people are making money.

Although Mr Johnson is not an enthusiast, “I would never bet against it,” the value investor said.

His comment echoed remarks by Reserve Bank of New Zealand acting governor Grant Spencer on Sunday, who said: “With a bubble, you never know how far it’s going to go before it comes down.”

The January Cboe bitcoin futures contract for January fell 2.2 per cent to $US17,630 on Wednesday. Bitcoin futures were launched by Cboe this week, making it the first conventional market operator to facilitate crypto futures trading.